Hollywood star Jason Statham has been pictured filming in Kent.

The 55-year-old was on the Kingsferry Bridge, between the Isle of Sheppey and Sittingbourne, over the weekend.

During the two days of filming for The Beekeeper, which is set to be released next year, a truck was seen flying off the bridge before being retrieved from the water.

Jet skis were also captured racing through the waters in some incredible up close drone footage.

Mr Statham, who is appearing alongside Oscar-winner Jermery Irons, 74, was pictured in a brown coat walking along the bridge.

Another actor, in a bright orange jumpsuit, was also pictured on the bridge covered in fake blood.

The truck was winched out of the water shortly after flying off the bridge.

Rainham man Keith Moon got as close as he could to the bridge and captured some behind the scenes footage of the filming.

He added: “We tried to get a look in on the movie being filmed on the bridge.

“It was good fun but we didn’t see Jason or Jeremy unfortunately.”

The bridge was off limits to the public from Saturday morning until late on Sunday night and no train services were running to the Island on the Sunday.

It comes just over a week after Tom Cruise was pictured leaving his private helicopter to film at Chatham’s Historic Dockyards.

The Beekeeper also features Emmy Raver-Lampman (The Umbrella Academy), Bobby Naderi (Under the Shadow) and Josh Hutcherson (The Hunger Games).

Filming in the UK began last month with the script written by Kurt Wimmer. It is being produced by Bill Block (Wrath Of Man) for Miramax, Chris Long for Cedar Park Studios and Statham and Wimmer.

High winds forced filming work on the ITV drama Too Close, which used the bridge for a spectacular £100,000 stunt, to be abandoned on its first weekend of closure.

A BBC crew has just finished shooting scenes on Sheppey for the popular crime drama Silent Witness starring Emilia Fox and David Caves, which will be shown in the new year.

The shoot has been co-ordinated by the Kent Film Office 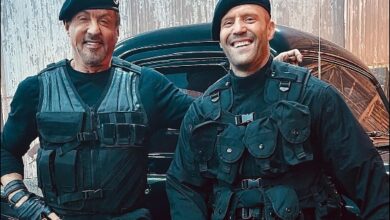 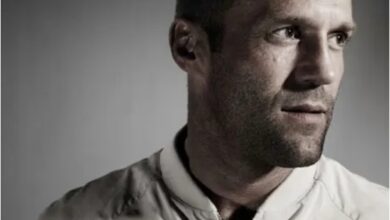 Jason Statham: ‘Do I want to be the next James Bond? Absolutely’ 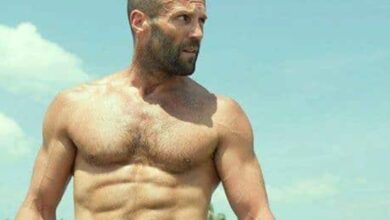 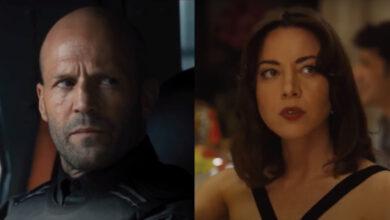 Jason Statham Is Starring In A New Movie With Aubrey Plaza, Who Says She Went Full James Bond And Was ‘Literally Slapping His Butt’