Shah Rukh Khan is perhaps the world’s most popular actor. And it’s no wonder that he’s often crossed paths with A-listers from all around the world. On Angelina Jolie’s 47th birthday today, we look back at a time when the Hollywood diva had her Bollywood moment with the King of Bollywood.

Moreover, this was the first-ever IIFA awards ceremony, which took place in London’s Millennium Dome. Yukta Mookhey and Anupam Kher hosted the event at the time. Angelina stepped onto the stage in an orchid pink gown, holding Shah Rukh’s hand, to give an award. Taking the dais, Shah Rukh said, “Good evening, once again. This is really, really nice. And yes, more so now, because I’m in the company of Angelina.” Prompted by Shah Rukh, Angelina joined her hands and said, “Namaste, India.”

Check out the video HERE.

Without further ado, Shah Rukh declared the award winner, but Aishwarya Rai was unable to attend. However, Sanjay Leela Bhansali received the award on her behalf, but before he could leave the platform, Shah Rukh beckoned him back with his signature charm. “We have to make sure Angelina knows this isn’t Aishwarya Rai,” he remarked, making Angelina laugh. However, Angelina is no stranger to India. She first visited India in 2006 to shoot her film, A Mighty Heart, which also included Indian performers such as Irrfan Khan. Jolie was seen partaking in tourist activities such as an auto-rickshaw ride. She had also met Afghan and Burmese refugees at the time.

Recently, during a promotion for her next film Eternals, the actress said that she has a unique connection to India and hopes to return soon. “I don’t know if it’s the density of the population, but there is this (feeling of) humanity which is very present. Be it on the trains or in the streets, you feel right (when you are) together. I felt a part of the country. I felt the energy, the intensity and the humanity. I would like to come back again soon,” she told Hindustan Times during an interview. 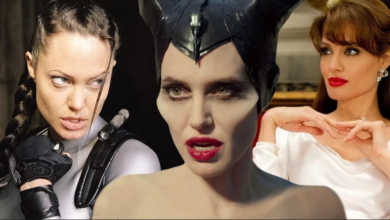 Amber Heard Admires The Way Angelina Jolie “Parlayed” Her Career, Said The Actress Was Her Inspiration 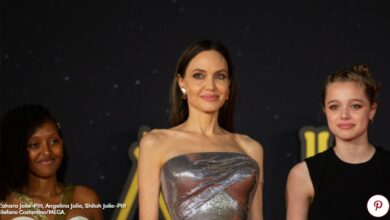 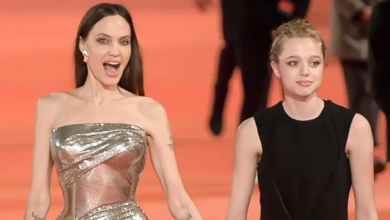 Shiloh Jolie-Pitt wants to go far away from Angelina Jolie