Gigi Hadid is making some clarifications about a recent comment she left on Rihanna’s Instagram that caused a frenzy on social media and fueled speculation that the singer is expecting twins.

After Rihanna shared her first photo of her growing baby bump on Instagram Wednesday, Feb. 2, Hadid left a sweet comment on the post, reading, “😭 three angels 💘..”

Hadid’s original comment received hundreds of replies, with people jumping to conclusions that the model had accidentally revealed that Rihanna was expecting twins.

News broke on Monday, Jan. 31 that Rihanna was expecting her first child with A$AP Rocky. The couple, who have been romantically linked for years, were spotted last weekend in New York City.

During their outing in Harlem, the “Umbrella” singer was photographed showing off her baby bump as it peeked out of her long, unbuttoned pink jacket as she walked alongside her boyfriend.

Though the couple have remained fairly quiet about their relationship, in May 2021 the rapper confirmed their romance during an interview with GQ, referring to Rihanna as the “love of my life.”

In the same interview, Rocky opened up about his thoughts on fatherhood, to which he said, “If that’s in my destiny, absolutely.”

“I think I’d be an incredible, remarkably, overall amazing dad,” he said. “I would have a very fly child. Very.”

Days after revealing her pregnancy publicly, Rihanna shared the first glimpse at her growing baby bump in an Instagram post. In the photo, the singer lifted her oversized jersey up above her belly as she turned to the side to show off the bump.

“how the gang pulled up to black history month,” she captioned the post. 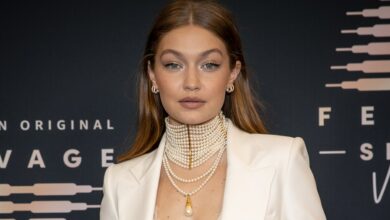 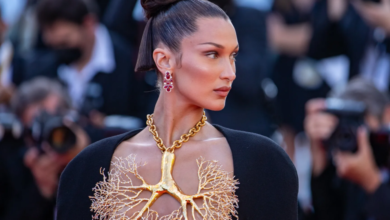 Bella Hadid Opens Up About Those Crying Selfies 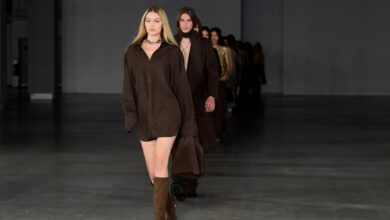 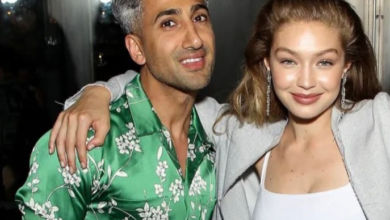